On Wed., December 14, roots rocker Monty Warren boarded a plane in Florida with The Red-Hot Book of Spanish Slang tucked under his arm, and headed to Mallorca, Spain to reunite with Friggin' Whatever Phil Wolff, and play gigs with his group We R Comin'.
Wolff, whose gravelly growl can be heard belting out Hey, Junkman on Monty Warren and The Friggin' Whatevers' 2015 album, Far Out Close Up, has lined up gigs for them from Friday, Dec. 16 through Sunday, Dec. 18.

"Friday, we play at a small typical island bar in the S'Arraco mountains called Can Guiem Nou," Wolff says. "Our Saturday gig is at Mallorcas' Number One Irish Pub, The Shamrock, and on Sunday--Keith Richards' birthday--we rock the Los Ultimos Mohicanos, a beautiful biker place with the smell of barbecue and gasoline."

"Last year I launched Far Out Close Up on Keef's Birthday," Warren adds. "And this year, I can't believe I'm actually in this beautiful country where I'll be able to celebrate it again with my good friend Phil."

Far Out Close Up was named to the 2015 Best Music List of the Palm Beach Press.


Indy Week stated that Monty Warren and The Friggin' Whatevers "Retroactively bridge the gap between '70s pub rock/power pop and the arrivals of Tom Petty, Graham Parker and Elvis Costello."

The ultra-talented German-born Wolff has been making music (writing, vocals and instrumentals) and albums for decades--most recently making his home in Mallorca: "It is very multi-cultural here with people from all over the world. Monty will love it, and it's a good start for him to get his music spread over Europe."

"This is my first time in Spain and it's pure heaven," says Warren. "My plan is to wake up every morning, pinch myself, play music, check out the sights, play music...Repeat."

For 11 days, the duo will collaborate on new tunes and record, with sightseeing in between.

"It was such a pleasure recording Junkman with Monty because we both have that love for rock and roll," Wolff says. "I'm looking forward to creating some new stuff together." 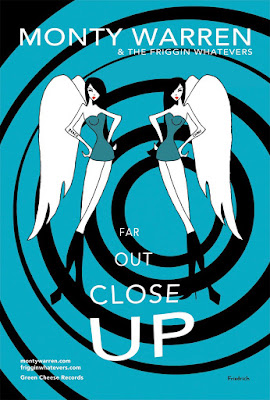 Yes, Virginia, there is a Santa. Skidding under the wire, just in time for Xmas and Keith Richards’ birthday (not in that order), Green Cheese Records announces the launch of Monty Warren & The Friggin Whatevers' third album "Far Out Close Up" (released 12/18/15).

“Might as well face it,” says the band’s co-producer, head writer and front man, Monty Warren. “We’re on a roll.” 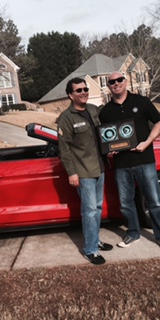 "Ever wonder what Bob Dylan, Keith Richards, Paul Westerberg and Steve Jordan would sound like in a band together? Listen to Monty Warren & The Friggin Whatevers.”—The Palm Beach Post

“We just might be the best band you’ve never heard of,” jokes John Beemiller, the MW&TFW guitarist who co-wrote “Raise the Bar,” “Into the Light” and “Doublecrosses” with Warren. The core players play Raleigh, N.C. venues whenever Warren can get away from his thriving Florida law practice while their albums continue to soar in popularity with fans posting such online gems as:

“Good ol' Rock-n-Roll. I wish there were more tunes like this being produced.”—Radio Airplay 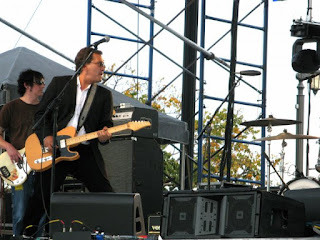 So who the heck is Monty Warren?

A 2008 interview with Country Standard Time’s Rick Cornell put it best: “What if, instead of heading for L.A. in the '70s in pursuit of a record deal, Tom Petty put his rock 'n' roll dreams on hold to support his mother for 20 years until she passed away?” In a nutshell, that is Warren’s story. After learning his divorced mother was living in her car while he was at Emory University in Atlanta, Warren vowed to become a successful attorney so she would never go hungry again. His “Grace of God” pays homage to Trudy Warren, and is, in his words, ‘The most direct song on the record”:

“Mama grew up in a Depression / 10 years old in 32 / Left this world with one confession / ‘There but for the Grace of God go you.’”—Monty Warren, “Grace of God”

In 2007, Fate brought Warren face to face with seasoned musicians Terry Anderson & The Olympic Ass-Kickin' Team (“Battleship Chains” and “I Love You Period”). After hearing the songs on Warren’s demo, they insisted on helping him make his first record, “Trailer Park Angel.”

And the rest, as they say, is Roots Rock History.

One more thing: If you want to buy “Trailer Park Angel”…it is sold out. The same goes for the band’s 2013 EP “Have Yerself a Merry Friggin Christmas.” So sorry, Virginia. 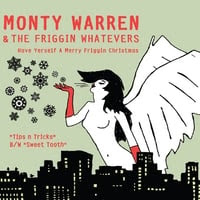