Judith Fein, Author of "The Spoon from Minkowitz": "Finding roots is the solution for a rootless life."

Interview with Judith Fein, Author of The Spoon from Minkowitz -
A Bittersweet Deep Roots Journey to Ancestral Lands:
“Finding roots is the solution for a rootless life.” 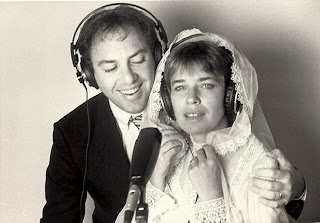 I heard the Eastern European ancestors of many people like me
calling out. “Remember us. Don’t forget us. Our story needs
to be heard. Write our story. Write your story."
—Judith Fein, The Spoon from Minkowitz

Judith Fein is a travel journalist’s travel journalist. She has globe-trotted unencumbered by maps and prior research from Mog Mog to Vanuatu. By her own account, she has swum with Beluga whales, consulted with a Zulu sangoma in South Africa, and eaten porcupine in Vietnam (“not with relish”). In 2011, when Fein and her photojournalist husband Paul Ross visited Tunisia during the Arab Spring, the French-speaking American Fein found herself on the radio, speaking to Tunisians about Democracy. Her popular book Life Is a Trip: The Transformative Magic of Travel depicts highlights from her decades of soul-searching adventure, which include a road trip with a Maori tribe on their way to reunite with their European roots. However, for Fein—whose motto is “I live to leave” —a big chunk of travel-mystery was still left uncracked: her own ancestral roots.

Fein’s new book, The Spoon from Minkowitz: A Bittersweet Deep Roots Journey to Ancestral Lands, takes us with her on the trip she finally made in 2012 to the shtetl her maternal grandmother left behind in an obscure Ukrainian village known as Minkowitz.

The Spoon from Minkowitz came out in January 2014, and has already garnered stellar reviews. Catharine Hamm, Travel Editor of the Los Angeles Times, found The Spoon from Minkowitz “as tense as a thriller and as tender as a love story. Judith Fein’s…quest to connect the dots of her life will have readers laughing, crying and, most of all, cheering her on.” Bill Tammeus, co-author of They Were Just People: Stories of Rescue in Poland During the Holocaust called the book “compelling” in its ability to “move beyond the borders of Judaism and even beyond Holocaust history to a universal story of love.”

We had the opportunity to catch Judith Fein for a moment when she is not in perpetual motion to talk about the deeper meanings of genealogy as explored in this book.

For those who have not yet read your book, what is “the spoon from Minkowitz”?

My grandmother was from a Russian village called Minkowitz. And that, plus five other facts, were all I could ever get out of her about where she was from and why she left. She spoke mainly Yiddish, so maybe that was a reason. My mother told me virtually nothing, no matter how much I begged when I was growing up. So then I meet my husband Paul, and we’re immediately attracted. But here’s the kicker: when I ask Paul to ask his parents about their ancestral roots, it turns out his father’s family came from…Minkowitz.

Okay. So the “spoon.” When Paul told his parents we were getting married, his father offered us the only thing left from his parents’ shtetl in Minkowitz”: a soup spoon they brought with them to America.  I treasured it because it made our ancient connection so real to me. We made a place of honor for it under the chupa  (Jewish wedding canopy) on a satin pillow.

What impressed me about your search was that it wasn’t a matter of buying a plane ticket to Minkowitz. You practically “feel your way” through Russia. The same is true in the stories you told in Life Is a Trip. Would you call your process “right brain”?

First of all, there are no planes to Minkowitz. And yes, “right brain.” I call it “following the arrows.” It’s about keeping eyes and ears open. If you trust you will end up in the right place, and if it’s meant to be, you will get there. One friend says I don’t seem to be traveling as much as channeling. She’s dubbed me “The Human Travel Channel.”

This book is like Jewish version of Roots, the Alex Haley book that traces his African American family history. It also reminds me of Safran Foer’s  Everything Is Illuminated, especially when you and Paul are in that stifling car where the driver refuses to roll down the windows in blistering heat. If I were a Hollywood producer, how would you pitch The Spoon from Minkowitz to me?

I’d say it’s a kind of Everything Is Illuminated meets Life Is a Trip.

If there is a link between The Spoon from Minkowitz and Life Is a Trip, what is it?

In Life Is a Trip, I take readers to l4 exotic climes where they experience new and different ways of dealing with life issues—everything from love to death to ambition to family tension. In The Spoon from Minkowitz, I take readers into the land of their ancestors, and into the depths of their own souls.

Why is connecting to our ancestors so important?

Finding your roots can be the solution to a rootless life. In my book, I talk about roots travel, talking to grandma, digging deep into family roots to find  out who you are and where you come from. Ours is a rare culture that doesn't honor and connect to our ancestors. Everywhere I have traveled, I've experienced ancestor worship, ancestor ceremonies, ancestor altars, ancestor honorings.  It is time to bring this powerful awareness to our shores--with humor, heart, and information.

What’s next for Judith Fein?

What’s  next for me is also what’s next for The Spoon from Minkowitz. The critical response to the book has been wonderful, and I am planning ancestor events and talks in various cities.

Posted by Marlan Warren at 4:26 PM No comments: