"It's not your position in Life that counts.
It's your disposition!" - Yuri Kochiyama


WHAT DID YOU DO IN THE WAR, MOMMY?: KOCHIYAMA'S CRUSADERS is sponsored by Fractured Atlas, a 501(c)(3) national non-profit artist service organization. A PORTION OF YOUR CONTRIBUTION IS ELIGIBLE FOR TAX DEDUCTION! You receive a receipt when you donate ANY amount. See sidebar for perks!

WHAT DID YOU DO IN THE WAR, MOMMY?: KOCHIYAMA'S CRUSADERS will weave together moments of History, Art, Activism, Love and Passion to honor The Crusaders. Led by future civil rights activist and Nobel Peace Prize nominee Yuri Kochiyama (née “Mary Nakahara”), these girls and women of the World War II Japanese American internment camps embarked on a war effort that boosted the morale of “any soldier in need of a letter.”

IT'S TIME TO MOVE THESE HEROINES OFF THE CURB
AND PARADE THEM DOWN MAIN STREET!

So far we have logged 40 hours of shooting time. We began in '08 with out-of-pocket money and in-kind crew contributions, but we really need your help to complete the next production and post-production phases and make this film a reality! Full details on our proposed Four Phases of this production are below.

Mary Nakahara with kids at Camp Jerome.
WHO WERE THE CRUSADERS?
The Crusaders was the brainchild of 20-year-old Mary Nakahara who birthed the movement during her internment at the Santa Anita Assembly Center at the start World War II when her future husband, Bill Kochiyama, told her that he felt sorry for his fellow soldiers who were not getting any mail.

As the War progessed, The Crusaders hailed from all the U.S. concentration camps and supported hundreds of soldiers, many of whom fought in the 442nd Infantry, the most decorated U.S. World War II military unit of its size.

NOW A MESSAGE FROM HISTORY 101...
The euphemism “assembly center” was coined by the U.S. Government for the makeshift barebones prisons where Japanese Americans were forcibly held under President Roosevelt's Executive Order 9066 while the country was at war with Japan in 1942. Later the "internees" were moved into U.S. concentration camps located in desolate areas.
Internees were American, not Japanese. Their only "crime" was Japanese heritage.

WHAT'S UNIQUE ABOUT THIS FILM?There has never been a film about The Crusaders. They disbanded on V-Day and like the iconic Rosie the Riveter, stepped back into more traditional supportive roles as their heroes returned.

Likewise there has also never been a film made about the early years of Yuri Kochiyama. Previous documentaries focused on her political life. This film will look at the experiences that molded Crusader Mary Nakahara into the warm, caring woman and multi-layered human being who became known as Yuri Kochiyama.
By the time we interviewed her at age 87, Yuri Kochiyama had married the love of her life, presided over a large family, lost loved ones, held Malcolm X's head while he died, participated in countless protests and was writing morale-boosting letters to 200 political prisoners. And she had been nominated for a Nobel Peace Prize.

THE FILM
We began shooting in '08 and are seeking completion funding in three more phases. Structurally this layered film will:
*Honor The Crusaders who were all ages and included women who primatily helped mass produce these Missives of Hope (e.g., church secretaries with mimeographs).

Connie Kim (BITS OF PARADISE, Marsh Theater production)
*Focus on the bond that developed between marriage-age women and soldiers through these often surprisingly lighthearted, poetic, sometimes silly, flirtatious cards and letters. Contrasting youthful desires with the harsh reality of war.

*Examine how Japanese American women's cultural roles changed via World War II--what remained of those changes after the War--and what legacy The Crusaders left behind for future generations of women. 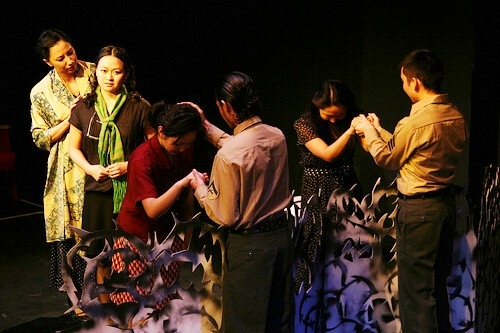 From (L) to (R): Pisha Warden, Linda Wang, Chanelle Yang, Jean Franco, and Connie Kim. BITS OF PARADISE (The Marsh Theater, San Francisco)
How Your Contributions Will Help
The film is being made in 4 proposed phases. Phase 1 has already been accomplished. We have logged over 40 hours of shooting time and already have a significant amount of material.

Your donations will go towards completing Phase 2. Production costs include crew and equipment.

We still need to accomplish the following before post-production can begin. Here's our wish list. Whatever isn't accomplished will roll over into our Phase 3 Campaign. Phase 4 will aim for post-production costs to make a rough cut and final edit.

I'm Marlan Warren, the Executive Producer, Writer, and Co-Director for WHAT DID YOU DO IN THE WAR, MOMMY?: KOCHIYAMA'S CRUSADERS. In '01, I began researching The Crusaders scrapbook at the Japanese American National Museum and received permission from the museum to adapt the material for an educational play. For the full story on how this play grew into a film, please visit our website at KOCHIYAMA'S CRUSADERS: THE FILM.

When I interviewed Yuri, I asked, "What motivates you?" She replied, "When I see things that need to be corrected."
I ask myself the same question. I did lose family members at the World War II Auschwitz concentration camp and my father fought in that war. But my interest in the Japanese Internment ignited in '95 when a friend showed me the letters his uncle had written to his interned family before he was killed in the famous battle depicted in the film “Go for Broke," and it made a huge impact on me.

Most importantly, what has driven my passion for this project is my admiration for The Crusaders and Ms. Kochiyama who had me at...

Meet the Team!
Los Angeles Area Unit
Our SoCal crew is small but determined! We will increase in number with your donations, expediting the completion of this film.

Line Producer: Tom Tsuji
A U.S. Army veteran and Los Angeles native whose family members were interned at Manzanar, Tsuji brings not only deep feeling for the project, but also his extensive management experience and marketing skills.

Editor:
Lindsey Myers – Very busy professional editor whom we are lucky to have on board. In collaboration with writer Marlan Warren, Myers created this moving first pitch video trailer. She is co-owner of Almost Fairytales Films.

Bay Area UnitAfter logging 40 hours of shoots, our Bay Area Crew has mostly disbanded. They worked tirelessly with good humor, contributing professional skills and devotion. Hopefully some can join us for the next Phase. For more info, please visit our website at KOCHIYAMA'S CRUSADERS: THE FILM.

We'd like to share with you the following statistics from the ALICE WALKER: BEAUTY AND TRUTH Indiegogo Site:
"Funding independent film is an uphill climb at the best of times but for women it is no picnic. If we look at the startling fact that only 7% of directors, 13% of writers, and 20% of producers are female, it’s not hard to see what we are up against. Given such a dearth of female representation behind the camera, is it any wonder that we continue to struggle to find funding for female stories and voices? We want all women and girls to be empowered, to believe in their own voices and their own truths."
Posted by Marlan Warren at 2:02 PM No comments: 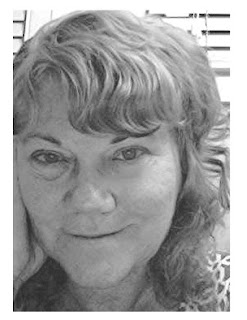 Posted by Marlan Warren at 4:51 PM No comments:

Remembering The Crusaders and their Courage...
Posted by Marlan Warren at 11:22 AM No comments: 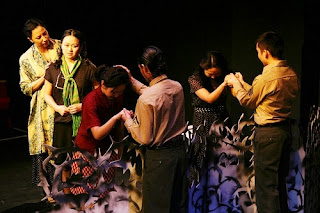 Scene from my play about The Crusaders and the Japanese American Internment,  BITS OF PARADISE, performed at The Marsh Theater - 2008.

Posted by Marlan Warren at 8:55 AM No comments:

Yes, it's been a while since I last updated you on the goings on in Los Angeles as I make my weird path through them. The next several photos are test shots for the documentary film I've been working on about The Crusaders and Yuri Kochiyama--specifically for the Indie Gogo "crowd funding page" that I've been working on for DAYS. Indie Gogo has a rather picky way of letting me post embedded photos and I'm running an experiment to see if this will work. Fingers and toes crossed... 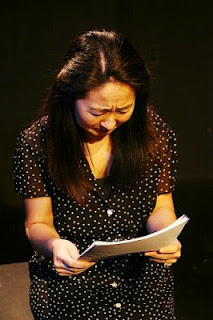 Posted by Marlan Warren at 6:57 AM No comments: