Gibran Hamdan, CEO and designer of the popular golf apparel line, Alial Fital (AF), has announced that AF will donate 10 percent of all proceeds from sales to the Folds of Honor Foundation, now through the Memorial Day Weekend (ending after Sun., May 24).

“This is Alial Fital’s way of honoring our servicemen and women,” said Hamdan, whose “stand apart” menswear is manufactured in Los Angeles, and displayed online or at its showroom in Seattle.

Folds of Honor cites that of the one million-plus veterans who were deployed to Iraq and Afghanistan, nearly nine out of 10 do not qualify for federal scholarship assistance. The non-profit provides annual educational scholarships to the military families of those who have been killed or disabled while in active duty. These help support private education tuition, tutoring and educational summer camps for children K-12, as well as higher education tuition assistance for spouses and children. Since its founding in 2007, the organization has awarded over 7,500 scholarships, including over 2,000 in 2014 alone.

Folds of Honor hosts an annual invitational golf tournament at the Patriot Golf Club in Owasso, Oklahoma on Memorial Day. The Patriot was voted “Best Private New Club” by “Golfweek” in 2011.

Gibran Hamdan entered the design world of golf style in 2010 after an illustrious six-year career as an NFL Quarterback. Alial Fital will be featured along with other selected labels in the upcoming June Grads/Dads issue of Greg Monteforte’s “Style Insider” column on the PGA Tour website.

“ARRGH!" IS A TRUE TREASURE: 5 NOT-EASY LIFE LESSONS ON THE HIGH SEAS 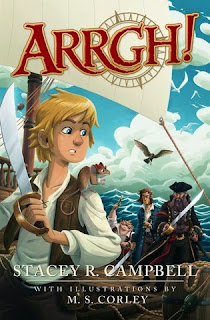 
Be bold and mighty forces will come to your aid.
--Goethe

Stacey R. Campbell's charming kidnapped-by-pirates/coming-of-age voyage, Arrgh!, is greater than the sum of its title.

This tale of a runaway orphan who finds himself forced onto a cargo ship by pirates posing as midshipmen takes off like a cannon shot, gathering momentum with inventive action until its gratifying conclusion.

Thirteen year old Christopher has escaped an orphanage in the hope of finding family members. Ironically, after being nabbed off the street by two pirate thugs, he is passed off to the ship's captain as one of the pirate's relatives. The pirates threaten him with death if he does not pretend to be mute. Thus Christopher enters a world of repressed silence...broken only during moments when he can communicate with Leo the Attack-for-Hire Mouse who comes to his assistance as a kind of life coach. The trained and certified Leo sets about teaching him Five Life Lessons. 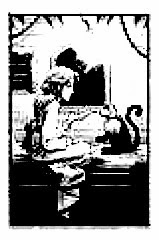 Here, as in Peter Pan, there is a dividing line between adult and non-adult perceptions. When Christopher is befriended by the Captain's 12-year old daughter Lucy, she can also understand all the talking animals who come their way because she is not an adult. Later, when the duo find themselves stranded on an island with only animals for company, they treat it as a paradise where they can do whatever they need to do without adult interference.

The contemporary aspect of the story can best be seen in the bond that grows between Christopher and the spunky Lucy, which is born out of respect and caring. Unlike Peter Pan's Wendy, Lucy reveals herself to be more Tomboy than Housekeeper--and Christopher admires her pluck.

One major plot point stresses the value of reading, especially during a time when so many sailors were illiterate. Lucy first cracks the mystery of Christopher through observation. She sees that he can read books in her father's library. The clue of his literacy leads her to the truth.

Young readers will be enthralled by the vivid imagery that makes up the swashbuckling action sequences, as well as the evocative sights and smells of this time period. A Glossary of Nautical Terms opens the book, and lessons in how to deal with a vintage ship in a storm are believably depicted. 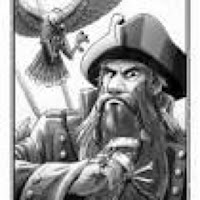 The story is constantly moving, venues shifting. There is little chance for reader claustrophobia as Christopher's odyssey whisks him from Norway to the Caribbean Islands. Dialogue is witty and snappy, especially in the animal's speech (there's a blushing bat who talks Rastafarian). All the "good guys" are complex and believable. The villains are nasty and often funny, in the grand "Arrgh" tradition.

There is violence, as well as dark moments, not unlike Treasure Island or Oliver Twist. However, victories are mostly achieved through The Power of the Plan. Of all the lessons, how to create and carry out a plan stands out as the most significant. Christopher, Lucy and Leo hop from Plan A to Plan B to Plan C--adapting as their fates shift--until the pirates are finally vanquished without (more) bloodshed.

When Fate determines Christopher must say good-bye to Lucy and stay on the island by himself to battle the pirates with animal assistance,  it pushes him towards his final growth spurt. Afterward, he voices his newfound truth: "I was never alone."

Ultimately Arrgh! gives young readers a close look at what makes "extended family" and the definition of "family." Perhaps these are enough spoilers for one review. How does it end?

Here's a hint: It involves Lesson Number Five. And it brought tears to my eyes. 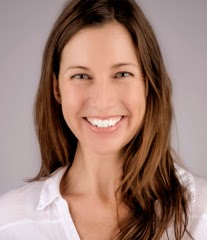 Stacey R. Campbell lives in the San Juan Islands with her husband and three daughters. She is a graduate of the University of Washington and a dyslexic writer that believes there is no such thing as a bad reader. She's the author of the young adult books Hush, Whisper and the highly acclaimed middle grade swashbuckling book Arrgh!

When not at her desk writing she can be found hiking, sailing, or skiing. She enjoys chocolate in any shape or size, too many cups of coffee and laughing (often too loudly, as her daughters say) with her friends and family.

Stacey is available for classroom visits via Skype and loves working with writers and readers of any age; especially those with learning disabilities like her own.

Learn more about Stacey R. Campbell and her up coming releases by visiting her website at http://www.staceyrcampbell.com.
Posted by Marlan Warren at 11:42 PM No comments: