Yes, it was in July 2017, and no, I don't know why I didn't  post any video clips or the gorgeous photos I received in January 2018 from actor/playwright/producer Ariel Kayoko Labasan's father before now. But they should not be invisible to the public.

For more video clips and photos of the play and the documentary that grew out of it, please visit:
BITS OF PARADISE WEBSITE


SUMMARY:
Excerpt from staged reading of the One-Act Play "Bits of Paradise: Kochiyama's Crusaders" by Marlan Warren with Ariel Kayoko Labasan at Rogue Machine Theatre (July 2017) featuring Labasan as human rights activist, Yuri Kochiyama, and Warren as a filmmaker who wants to document the little-recognized war effort of girls and women behind the barbed wire of the "Japanese American Internment" who called themselves "The Crusaders" as they embarked on a letter-writing campaign to boost the morale of the Japanese American soldiers who were fighting to prove patriotism while their families were held in U.S. concentration camps.

Warren adapted verbatim the letters and circulars sent out to "any soldier missing a letter" (the en masse correspondence was all written by Yuri) from The Crusaders scrapbooks in the Japanese American National Museum in Little Tokyo, Los Angeles, and the Japanese American Museum of San Jose.

These scenes from the play will be integrated into Warren's documentary film, "What did you do in the War, Mama?: Kochiyama's Crusaders" -- currently in post production.

NOTE: This show was also performed as a benefit for Founders Metropolitan Community Church at the invitation of Rev. Kevin Downer and FMCC Board. (July 2017).

[This play was originally produced in 2008 at The Marsh in a Reader's Theater version, "Bits of Paradise" by Marlan Warren.] Director: Marlan Warren Producers: Marlan Warren and Ariel Kayoko Labasan Special Thanks to Rogue Machine Theatre (Hollywood, CA) and to Founders Metropolitan Community Church (Los Angeles). 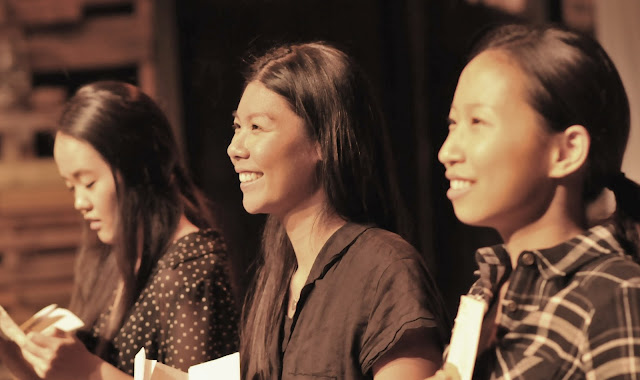 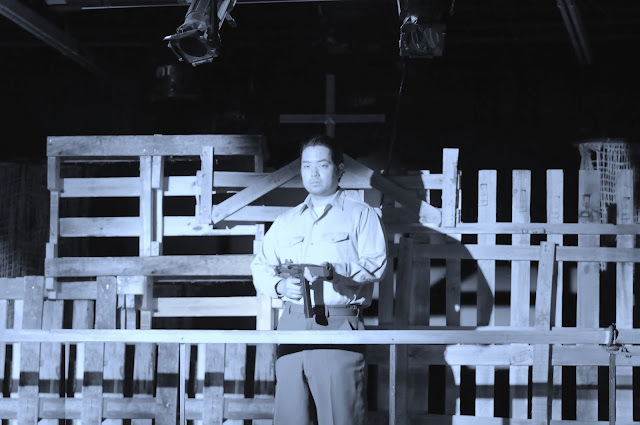 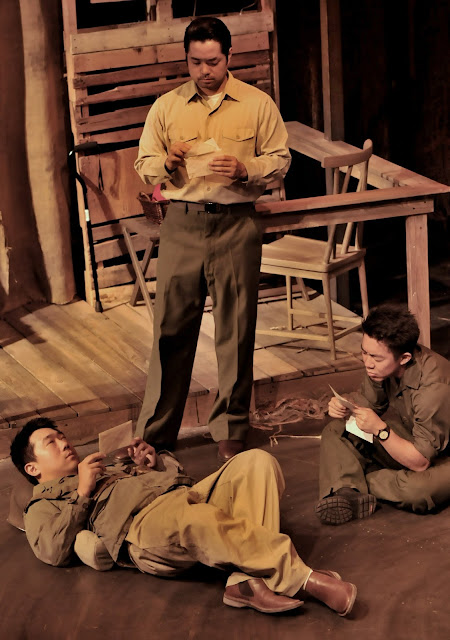 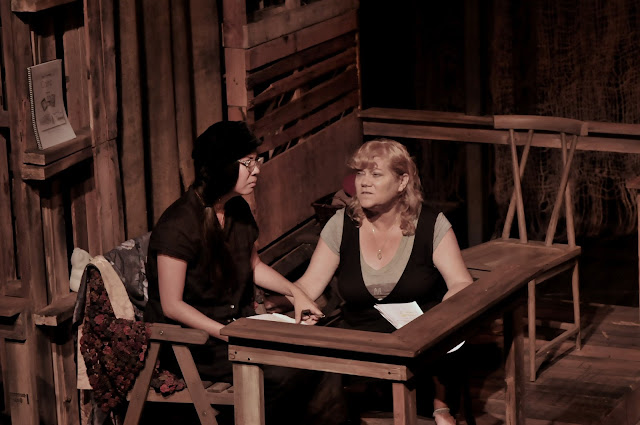 Posted by Marlan Warren at 2:22 PM No comments:


"Better go and doublecross yourself / Turn tail and run / In sickness and in health / Something wicked this way comes..."

Monty Warren & The Friggin' Whatevers tune "Doublecrosses" was aired by Steve Kelly on his Kelly's Heroes show on Fylde Coast Radio (U.K.) on March 14, 2018. It was an honor to be included in the 2 hour / 48 song lineup! "Doublecrosses" was penned by Monty Warren and John Beemiller, for album #3: "Far Out Close Up." Monty Warren leads a motley group of "Whatevers" who hail from the South Florida / Raleigh, NC area -- all veteran musicians who just plain love rock 'n' roll. If you like us, won't you please get in touch or follow us? Here's some more info: Website: http://www.montywarren.com EPK: http://montywarrenmediakit.blogspot.com Facebook: @montywarrenandthefrigginwhatevers CD Baby: http://www.cdbaby.com/cd/montywarrent..

Posted by Marlan Warren at 2:09 PM No comments:

WOMEN'S MARCH REVISITED: Because Flicker deleted my photos on this blog

Because I didn't get out to the Women's March 2018, I'm posting the music video I made of the "first" Women's March that happened after Trump's "election." Music is by Monty Warren & The Friggin' Whatevers. Anger and Humor and Desire for Positive Change is by the wonderful people--women, men and children--who gave their all for Democracy.

Remember: "Power never concedes without a Demand. It never has and it never will."

Posted by Marlan Warren at 1:58 PM No comments:


Read more »
Posted by Marlan Warren at 8:02 PM No comments: